Let the Polish eagle fly over a Eurasian sky

Bogusław Chrabota speaks with Lu Qiutian, former President of the Chinese People’s Institute of Foreign Affairs and former Ambassador of the P.R.China to Germany, Romania and Luxembourg. "We expect our friendship to be longterm".

Bogusław Chrabota: Chinese are used to a poetic style of defining their politics and strategies. Decades ago flowers were supposed to bloom and great leaps happen, is it time now for the Polish eagle to fly over Chinese sky?

Lu Qiutian: The task is highly complex. Poland and China have to know each other better, understand, exchange cultural experience and then the space for cooperation will grow. The best moment in bilateral relations is the president Xi Jinping's visit.

The Polish - Chinese friendship might be considered, going further in these colourful comparisons, as a cord binding two nations. If we add economy and human exchange, we will see ourselves standing on top of the bridge based on very firm foundations and the next pillars will be constantly constructed. We expect our friendship to be longterm and the number of platforms for cooperation to rise.... 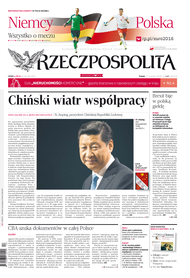